Trade rules are suggested to be one of the reasons for the hunger in the world and environmental
damage. As current trade rules encourage market orientation and therefore specialization
and industrialization of agriculture, which has as side effects rural hunger and environmental
damage, there is room for improvement in the international trade regime. One main finding of
Nexus Foundations' work in Geneva is a possible new orientation for agricultural and food markets
– an orientation on development, rather than purely on markets. This development orientation
consists of several elements from development of soil fertility to local markets and consumer
relatedness. Since the Bali Ministerial in 2013, the WTO has set up a four year work programme
on the issue of food security related to food reserves. This opens the chance to discuss broader
food security issues in the realm of trade negotiations. 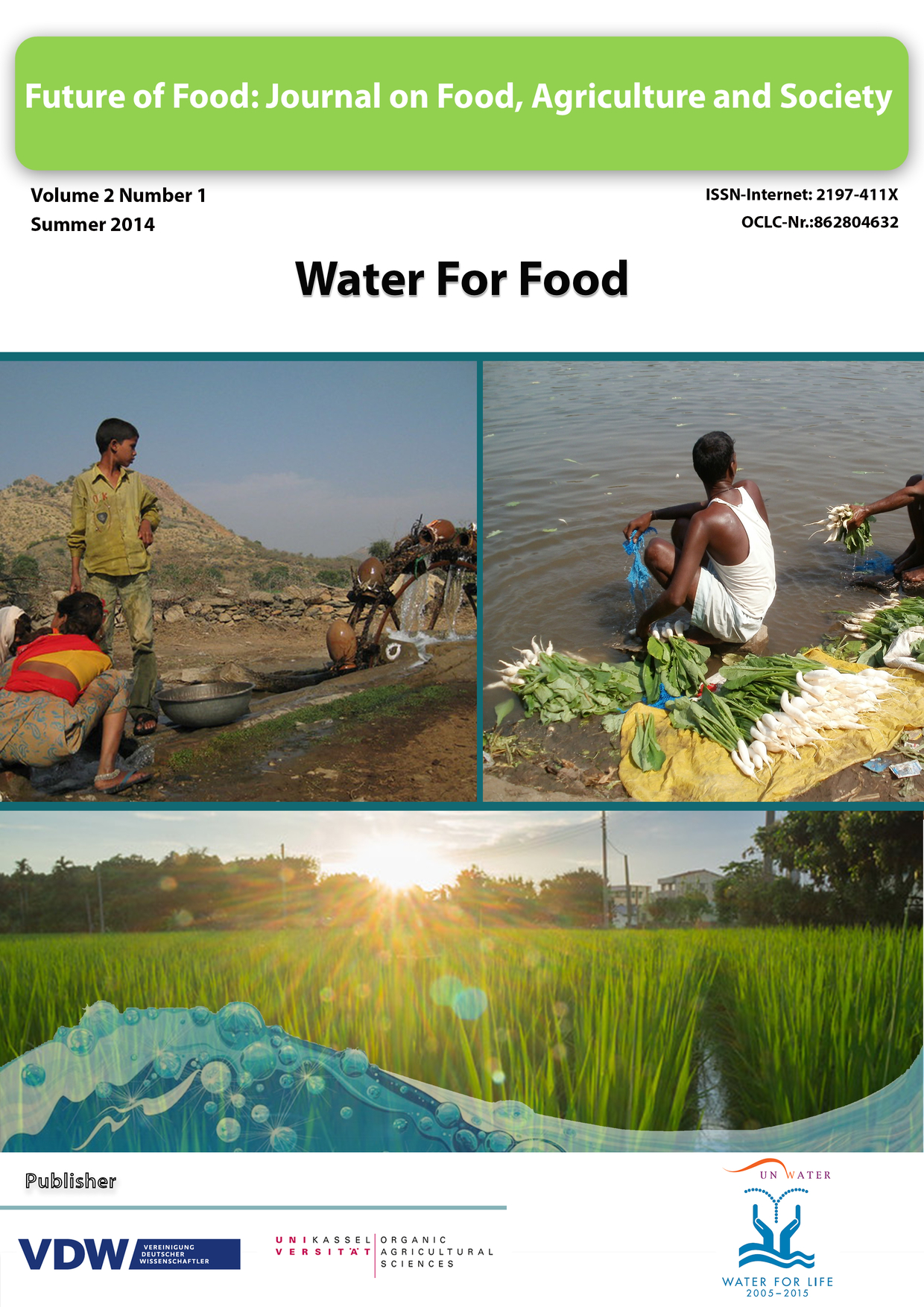 Published
2019-07-05
How to Cite
Fuchs, N. (2019). From Market- to Development Orientation – The Trade Aspect of Food Security and Agriculture. Future of Food: Journal on Food, Agriculture and Society, 2(1), 104-108. Retrieved from https://thefutureoffoodjournal.com/index.php/FOFJ/article/view/237
Download Citation
Issue
Vol. 2 No. 1 (2014): Water for Food
Section
Reports & Analysis