The demands of mitigation and adaptation policies are important to understanding a country’s climate change preparation by providing microfinance in the agricultural sector. This could be seen as a strategy to fight against the challenges of future food security. In 2014, Indonesia established climate change adaptation policies. This legislation aims to pave the way for making actions on climate change adaptation mainstream in national and local development planning. Public and private finance have supported the implementation of the climate actions. However, most funding is still used for mitigation. Adaptation finance needs support, especially in agriculture. This research paper studies opportunities for microfinance to play a role together with existing resources in supporting climate change adaptation in Indonesia. The data was acquired and analysed through a literature review, analysis of case studies and interviews with stakeholders in the climate change-related financial sector. The central findings regarding the opportunity for microfinance to contribute to the existing schemes in Indonesian climate change adaptation finance for agriculture are worthy of the result. This study found that adaptation finance is mostly used for indirect activities. Meanwhile, local communities, and farmers in particular, need directly targeted measures to adapt to climate change. An alternative approach is providing microfinance, insurance and capacity development for farmers to produce high quality agricultural products. This would contribute to optimizing the agri-food value chain, which supports socio-economic development of stakeholders, especially farmers. Hence, microfinance appears to be one potential solution to support direct climate change adaptation actions for the agricultural sector. However, this may not be strong enough to finance the entire needs for agricultural climate actions. Adaptation is contextual, so it has to be grounded in the needs of local communities. Microfinance needs public sectors support as well as other resources from the private sector. In the case of rapid response to disasters, which often destroy the agricultural sector, microfinance should be advantageous in supporting adaptation. However, in reality, it does not work, as it is prevented by regulations. So, this can be an area the public sector can support as a risk-taker as well as by providing initial funds and resources for scaling up efforts. 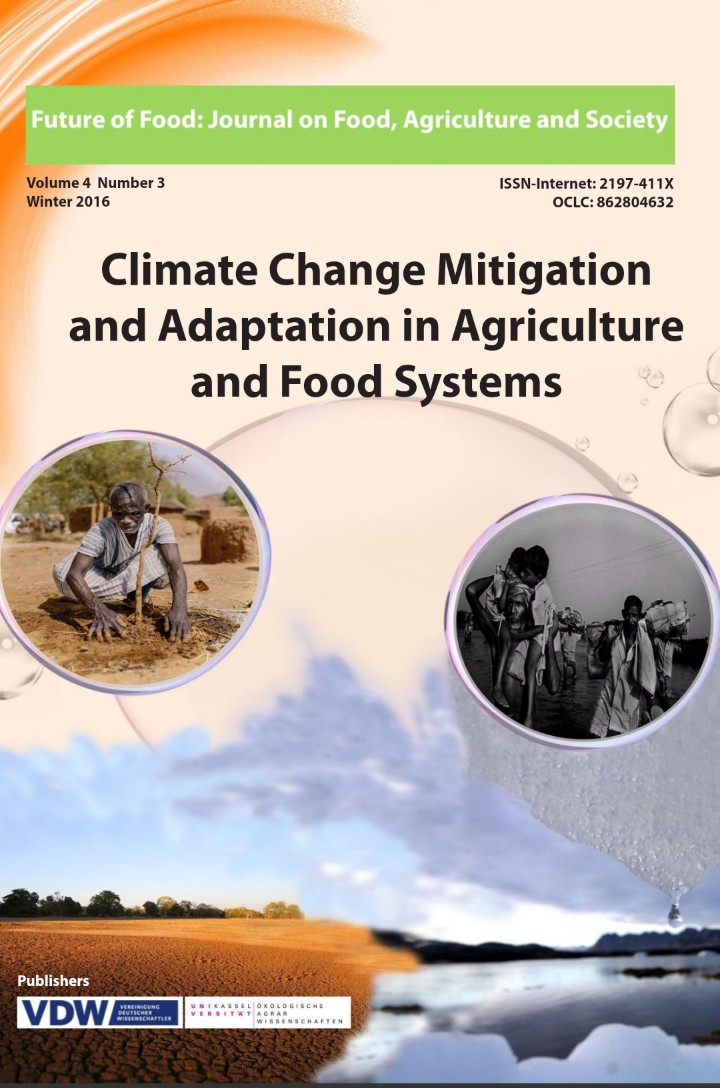